I am a Missionary

Since we will be walking side by side for the duration of your visit to this blog, I feel this journey might be more enjoyable if we get to know one another a bit. Well, let me begin by sharing why do I identify myself as a missionary more than as a Chinese, a woman, a counselor, a teacher, a student, a Christian, or simply a servant of the Lord? Well, back in the seventies when I first became a Christian, the idea of serving the Lord was intriguing, but the only role model I had was the “Bible woman” in my church. In my eyes, she was very spiritual, downright nice, and sacrificially caring with a pious image. I just could not see myself wearing her shoes. So I just drifted along as a budding architect in Chicago while attending church, Sunday school, choir, fellowship group, and even got drafted onto the missions committee.

Life was good and busy; yet the Lord has a funny way of tinkling when He has His eyes on you. He is so patient and gentle, never pushes but waiting until you are ready to heed His call. He waited almost three years before I gave my life to Him totally. It was through a speaker at a missions conference that I realized you don’t have to be a pastor or a “Bible woman” or a missionary to serve the Lord full time. I can serve Him as an architect, an artist, or an accountant! This revelation not only opened my mind but the Lord opened the door for me to serve as a graphic designer with Chinese Christian Mission. As a rookie joining this organization, the Lord showed me the real meaning of Christianity. My fellow coworkers didn’t preach to me; they loved me. They didn’t just share their homes but their hearts as well; they lived out their faith. It was in those foundational years I tasted the sweetness of living by faith and serving in harmony.

As the years went by, the Lord continued to mold and to shape me through my seminary education and short-term missions trips. Be a missionary? No, I was not tough enough! Be a single missionary? No way, I couldn’t handle the loneliness! Really, I was not that spiritual! Didn’t I say the Lord is a gentleman? He didn’t push but kept on reminding. A quiet, still, small voice came through loud and clear in the midst of the roaring tanks and blood shed at Tiananmen Square. What was I waiting for? People were dying for democracy, for a freedom in their lifetime. I could be there to share with my kinsmen the eternal freedom that awaits them. It was with this simple desire I went back to the Fareast, not knowing this very step took me on the road to becoming a missionary.

As a Chinese growing up in the United States, I seldom called myself an American, yet I embraced individuality, privacy, creativity, and equal opportunity. I didn’t realize cultural shock awaited me while serving and living in a domineering Chinese society. Not knowing about the need for a cultural shift, I wondered why people laughed at the things I said. I puzzled why people might invite you for dinner without the intention of actually having you over. I was amazed how people could squab for so long without their legs going numb. Am I a missionary? Not yet, don’t you have to do church planting to be called a missionary?

My Lord knows me and my stubbornness; His refining continued as He allowed me to plant a church, to be a minister, to pastor a flock. Not sure when it started, I began to feel like a missionary because I knew I have to move on, to leave in His timing, by His command. Yes, today I am a missionary, not by my will but by His choosing, serving not by my ability but by His grace, living day by day as He leads me. My Lord didn’t call me to be just a missionary, He asked me to walk alongside other missionaries. That, my friend, is a privilege. 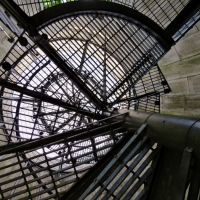 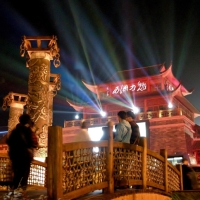 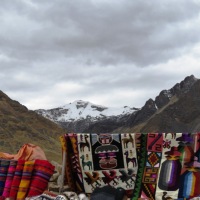 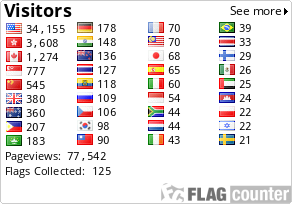